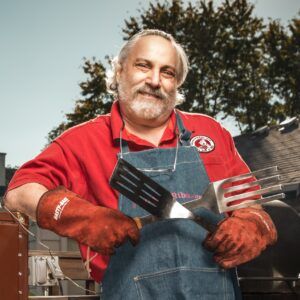 Meathead is one of only 25 living BBQ Hall of Famers. He is the proprietor of the website Meathead’s AmazingRibs.com, called “By far the leading resource for BBQ and grilling information” by Forbes. He is the author of Meathead: The Science of Great Barbecuing and Grilling.  It has sold more than 250,000 copies, it was a New York Times bestseller and was named “One of the 100 Best Cookbooks of All Time” by Southern Living Magazine. It was singled out as one of the best cookbooks of 2016 by Wired, BBC, Epicurious, and the Chicago Tribune, which called him “as brainy as Food Network’s Alton Brown and J. Kenji Lopez-Alt of Serious Eats.” He is known for his ability to explain the science of cooking in lay terms and with a sense of humor. He has been a guest on national TV (Rachael Ray), radio (NPRs Science Friday) and featured in large articles in the New York Times, Washington Post, Boston Globe, Chicago Tribune and many more. Meathead is also the author of three ebook cookbooks: Ribs Made Easy, Barbecue Chicken Made Easy, and Sous Vide Que Made Easy. His Meathead’s Amazing Spice Rubs and BBQ Sauce are beloved. In a previous life he was a syndicated wine critic for the Washington Post and Chicago Tribune. He has taught at Cornell University’s School of Hotel Administration, at Le Cordon Bleu in Chicago, lectured at Yale and many other places, and he has judged food, wine, beer, and spirits all around the world.

Visit AmazingRibs.com for recipes and tips to achieve Thanksgiving Perfection.

Books and Products from Meathead 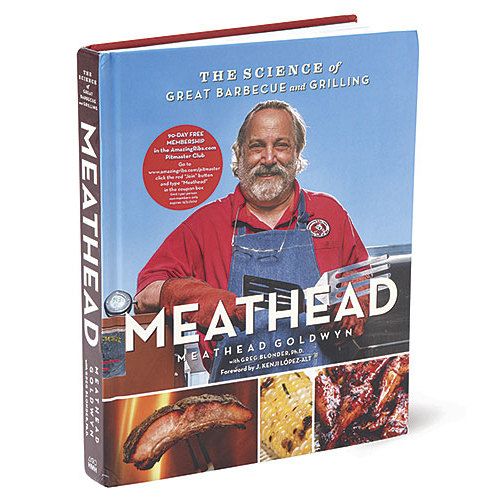 Meathead: The Science of Great Barbecue and Grilling 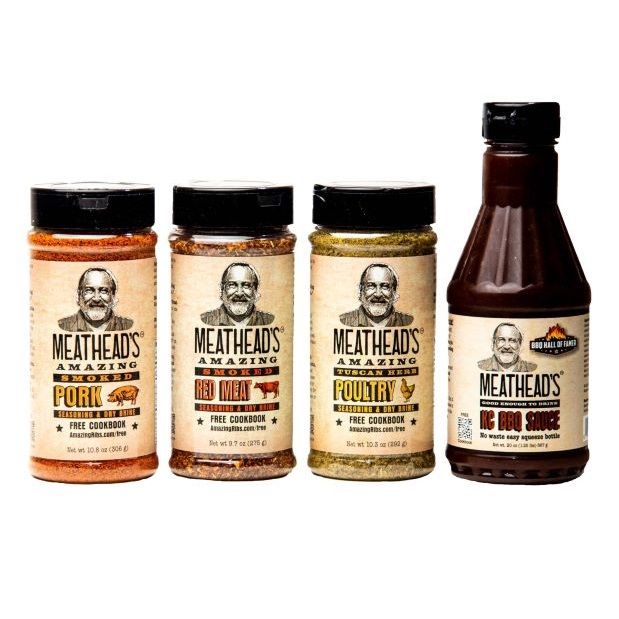 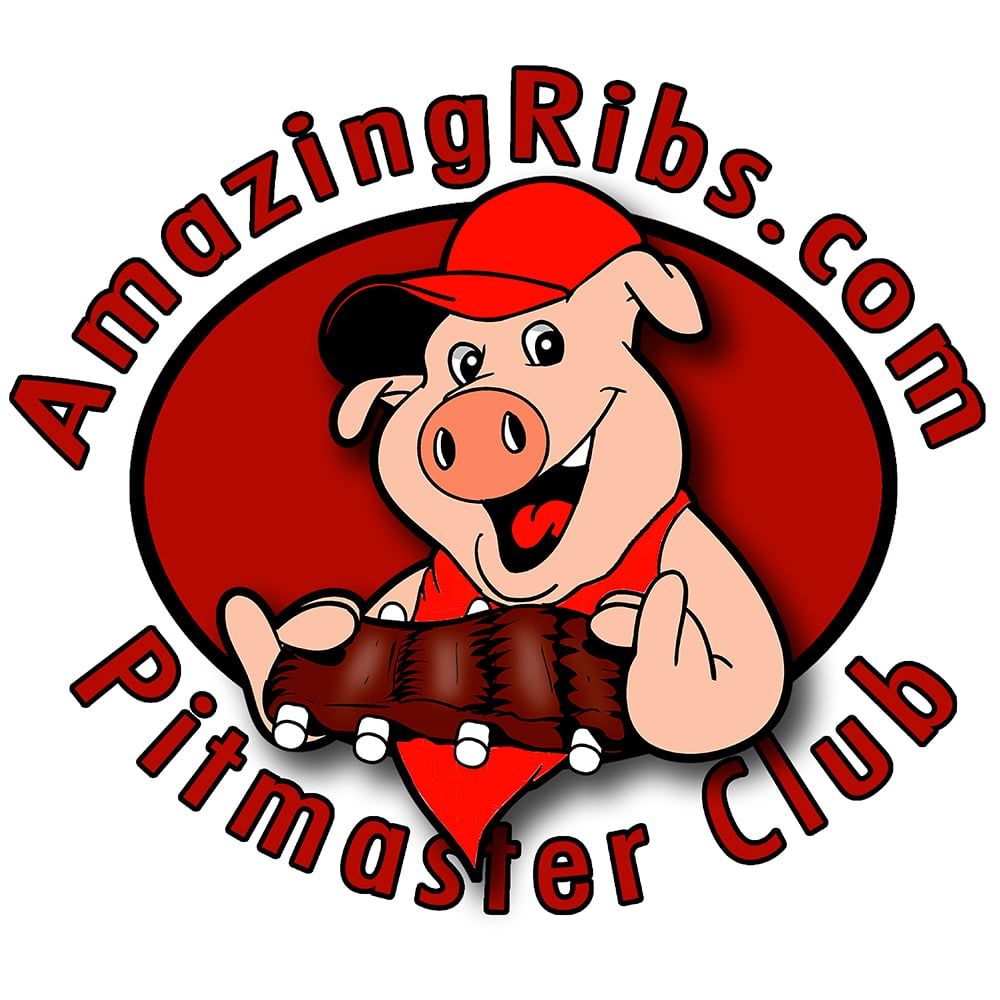 The ultimate grab-and-go appetizer, these pork tenderloin medallions are skewered with a lollipop stick before being grilled and served with soy-ginger dipping sauce.

This fish is the most delicious fish in the seas. Bonus, it is outstanding on the grill...especially with a little smoke! Chilean sea bass is a good fish for demonstrating Close Proximity Smoking, a technique created as a means of ensuring delicate fish such as this aren't completely overpowered by harsh wood smoke on the grill. Our newest turkey recipe comes from none other than Meathead. He along with the folks from Chef Steps took the deconstructed method to another level by using the new Joule Sous Vide cooker. This process followed... Our buddy Meathead was the inspiration for this super easy and delicious recipe. We love nothing better than cooking breakfast on the grill over the weekends but French Toast was a new one for us on the grill... Fired Up Marvelous Marinara Sauce Recipe- courtesy of Craig Meathead Goldwyn of Amazingribs.com. Read the full primer about Meathead’s Grilled Spaghetti on his site. Great information as always from Meathead...

“Best thing for your grill since salt & pepper!” – Meathead 3/15 at the National BBQ Association’s Annual Conference.
Meathead joined the GrillGrate team to celebrate his new book and the GrillGrate 10 year anniversary.