Chef Costa moved to Atlanta in 1977. Later he attended Johnson & Wales Charleston, SC obtaining an AOS in Culinary Arts. Returning to Atlanta he started his career working at the Atlanta National Golf Club and later moved to Atlanta Country Club. He served as Executive Chef and Deli Manager for Harris Teeter Brookhaven for six years. Since 1996 Chef Costa has worked at The Art Institute of Atlanta serving as full time faculty lead instructor for Culinary Fundamentals and Art Culinaire classes. He completed his BS in Culinary Arts Management and has coached several student culinary hot food and knowledge bowl teams to ACF national conventions. Currently he serves on the Board of Directors for the American Culinary Federation Atlanta Chapter.
In his free time Chef Costa enjoys competitive disc sports; playing pickup ultimate frisbee and traveling to disc golf tournaments. He is actively involved with the Cobb County Disc Golf Club and is a longtime member of the PDGA. This is a great twist on a classic breakfast dish. Stuffing and grilling brings a whole other layer of flavour and texture to french toast. If you like jelly doughnuts, you will love this. Impossible™ Quesadilla in the Ninja Foodi

We had Chef Joe Costa in the GrillGrate test kitchen, cooking up one of his favorite vegan recipes in the Ninja Foodi on the Sear'NSizzle™ GrillGrate. 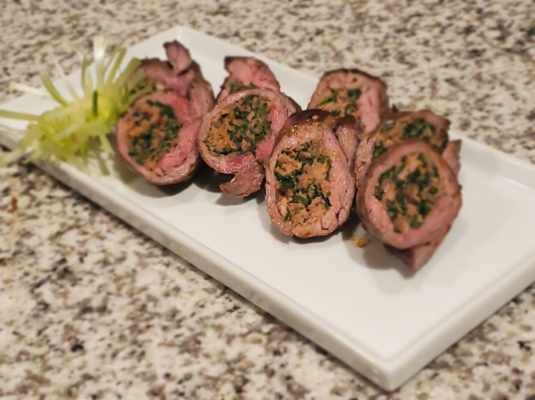